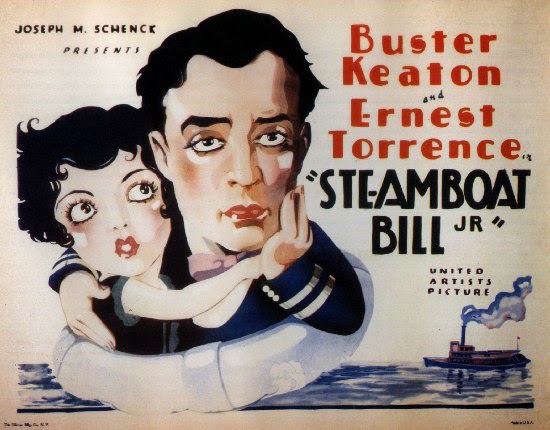 “I was mad at the time, or I would never have done the thing.” – Buster Keaton, on filming his famous collapsing wall scene (from Buster Keaton: Cut to the Chase, by Marion Meade) 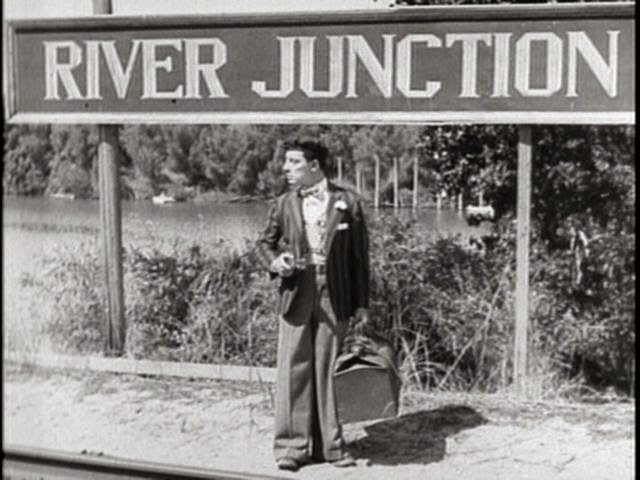 It was inevitable I would write about a Buster Keaton movie sometime, but I can’t believe it took so long for me to get around to it. I won’t presume to enter the debate about which silent comedian was the “best.” Keaton, Chaplin and Lloyd each embodied a different aspect of the “everyman” archetype. They were all immensely talented, and deserve the accolades they’ve received, and I love them all, so let’s leave it that, okay? On the other hand, of those talents, the one I gravitate toward most frequently is Keaton. Chaplin’s Little Tramp was a populist hero, portraying the underdog with a quiet dignity and style, while helping his fellow man (or woman). Lloyd, with his “glasses man” persona, embraced the “can do” American spirit, confident in his abilities to overcome the ordeals of life and emerge triumphant. Keaton, as “The Great Stone Face,” portrayed another type of everyman, his melancholic expression a Rorschach test for audience members to interpret while he stumbled through life, and eventually found his way. There was always something infinitely relatable about his nebbishy characters. If there’s such a thing as a stereotypical Keaton flick, which incorporates all of these aspects, it must be Steamboat Bill, Jr. 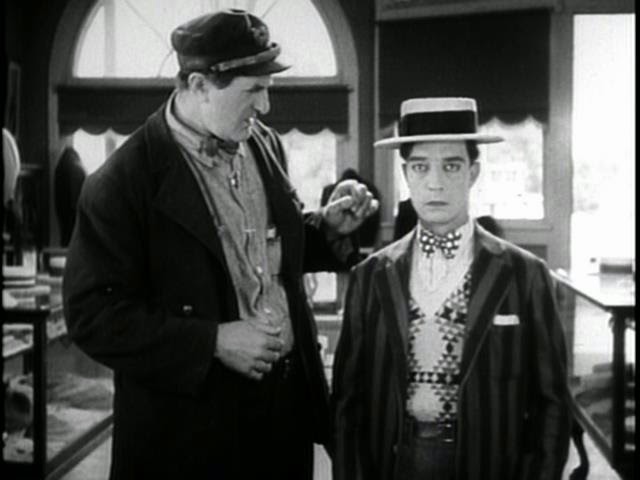 Bill Canfield, Sr. operates a ramshackle, second-rate riverboat, the Stonewall Jackson. His archrival, Mr. King (Tom McGuire) virtually owns the town – his name adorns the signs of many local businesses, including his fancy new paddlewheel boat. In an early scene, Bill, Sr. (Ernest Torrence) waits for his son’s arrival at a train station. Although he hasn’t seen him since he was an infant, the towering, grizzled steamboat captain imagines his progeny as a chip off the old block. His expectations are dashed when he realizes he’s looking directly at his son, a diminutive* lad with pencil-thin mustache, beret and ukulele. To make matters worse, Bill, Jr. has fallen for King’s daughter, Kitty (Marion Byron). Their romance is doomed from the start, a sort of Romeo and Juliet on the Mississippi, as both fathers take pains to keep the young lovers apart.

* It was a casting coup for the filmmakers to place six-foot-four-inch Torrence’s hulking frame against the five-foot-five-inch Keaton. 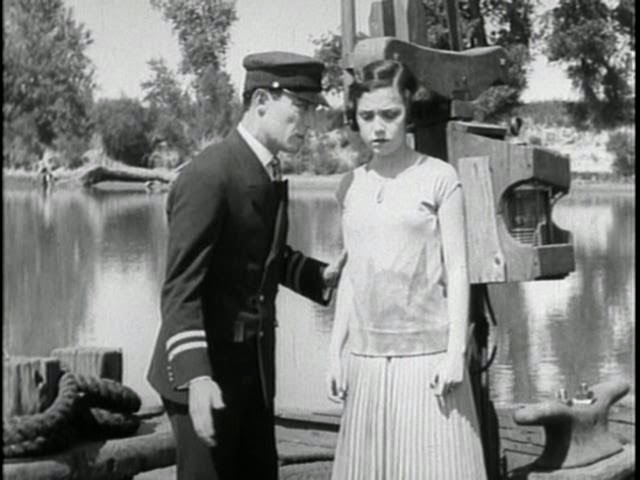 Like one of the buildings in the climactic storm scene, Keaton’s independent film company collapsed, thanks to producer Joseph Schenck. As a result, Keaton was left without a production company, and he was effectively reduced to being another contract player for MGM, while his contemporaries had the clout to do as they pleased. Despite the turmoil behind the scenes, Keaton was in top form, contributing some ingenious sequences. Embarrassed by his son’s foppish appearance and demeanor, the elder Canfield attempts to transform Bill, Jr.’s appearance into something a little more masculine. In the ensuing scene, his son tries on a variety of hats (including Keaton’s trademark porkpie), but most of his choices earn his father’s disdain. After a scuffle with King resulting in Bill Sr.’s incarceration, the younger Canfield brings a loaf of bread stuffed with tools to rescue his father from jail, and does a pantomime in a futile effort to inform the elder Canfield about its contents. In one of Keaton’s most famous (and dangerous) stunts, the entire side of a house topples around him, and he’s left standing through an open window.* Keaton, reeling from the news about his company, reportedly claimed he didn’t care whether he lived or died. Fortunately for all involved, the stunt went as planned.

* Keaton stood on a strategically placed nail (or two, depending on which source you believe), providing a scant two inches of clearance around his shoulders when the wall fell around him. Jackie Chan, an ardent fan of Keaton and his stunt work, made his own homage to the famous scene in Project A, Part II. 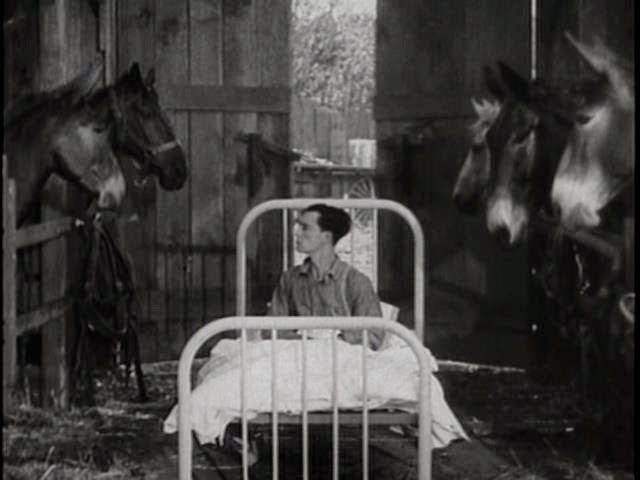 The cynically inclined might nitpick about Steamboat Bill, Jr. not having much of a plot, or that the film was merely an excuse to showcase a string of elaborate gags, but oh, what gags they are.  Aside from a rather weak plot and a couple (mercifully) short comic bits at the expense of African American characters, the film holds up tremendously well. Steamboat Bill, Jr. was not a big hit at the time, following two other Keaton commercial failures, The General and College. Yet, like its protagonist, it has stood against the adversity of a chilly reception to win the hearts of filmgoers. While The General is widely regarded as his masterpiece, I prefer Steamboat Bill, Jr.  Sure, there were other Keaton films with better stories and more elaborate plots, but this riverboat tale is hard to top for pure enjoyment. So much of what was funny then, is funny now. How funny? I recently used a clip from the 86-year-old film (the hat scene) for a professional conference presentation, and instead of blank stares, it received big laughs. Mr. Keaton would have been pleased.

(Sources for this article include: The Complete Films of Buster Keaton, by Jim Kline; Buster Keaton: Cut to the Chase, by Marion Meade; and Buster Keaton: Tempest in a Flat Hat, by Edward McPherson)
Posted by Barry P. at 10:30 PM