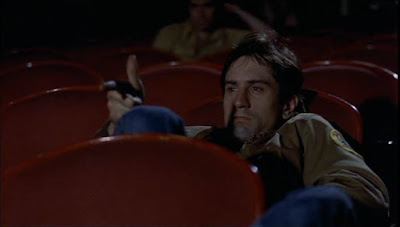 ...Or, How I Learned to Stop Worrying and Love The Blog

Six years of Cinematic Catharsis has taught me some important lessons about the wonderful and not-so-wonderful world of movie blogging. Okay, mostly it’s been a blast. Would I do it over again, if I had a chance to set back the clock? Sure. Would it be the same? More or less. Without further deliberation, here are ten things, in no particular order, that I’ve concluded about movie blogging. Be advised: these are my ten things, not necessarily your things, but feel free to glean from them what you will:


1.      I march to the beat of my own drum. When I started out, I had a bit of an identity crisis, trying to define what I was all about. I took it personally when I received a rejection email from one blogging association, but it prompted me to stop and ask the question, what’s this blog about? People who frequent my blog (And if you do, why on earth would you do that? Why?) have often commented on the eclectic nature of my reviews. I cover whatever I feel like at the moment, which is more often than not science fiction, fantasy or horror, but it could be anything. Cinematic Catharsis is not a horror blog, classic movie blog, or any other fill-in-the-blank blog for that matter, and I’m good with that.


2.      Life is too short for dull movies. You won’t find reviews of The English Patient, Stalker, or The Passion of Joan of Arc here. Yes, I’ve seen them, yes they’re exceptionally well made, and once is enough for a lifetime, thank you very much. Give me The Adventures of Buckaroo Banzai, Quatermass and the Pit (watch for a review next year), or Hausu any day. As I’ve mentioned in previous ramblings, I won’t force myself to complete anyone’s arbitrary list of the greatest movies I must watch before I kick the bucket, a roster of stuffy Oscar winners, or coveted titles from AFI or BFI. Any intersection with my selections and these movies is purely coincidental.


3.      Blogging should never feel as if it’s a chore.  If it does, it’s time to stop and re-evaluate why I’m doing this, and move on. I’ve seen quite a few blogs come and go, and the most common lament is that they “just didn’t feel it anymore,” or something similar. I never tried keeping up with other blogs that posted daily or even every few days. I’ve grown to recognize that sometimes a review just doesn’t “gel,” and that’s okay. To borrow a page from Kenny Rogers, “You got to know when to hold ‘em. Know when to fold ‘em” (yeah, I grew up in the ‘70s). If I’m determined to belt out a review about Movie X, and nothing’s happening, I stop and work on a review of Movie Y instead. Sure, it might take a little longer, but I know my limits, and don’t adhere to a set schedule or minimum or maximum number of posts.


4.      It’s all right to have an unpopular opinion. I never cared much for Pumpkinhead, and I don’t think The Godfather is the greatest movie ever, nor do I believe It Follows was the greatest horror film of the past decade. Does that make me wrong and other bloggers right, or vice versa? I don’t think so. A movie blog is like a house, and when you’re a guest in that house, you’re subject to the host’s whims, no matter how crazy his opinions and ideas might seem. When we leave, we can choose to accept or discard whatever we’ve seen.


5.      It’s good to gauge what people like from time to time, but never lose sight of why you do it. It might sound a little selfish, but I write this blog to please myself, not others. Whenever I start second-guessing what I’m writing, or wonder if anyone will read it, I start running into problems. Some of my favorite posts to write have been less popular, but I keep doing them.


6.      I don’t knock low budget independent productions. It doesn’t happen that frequently, but independent filmmakers will sometimes invite me to review their movie. If I like something, I’ll shout it from the rooftops. Example: I watched a clever flick a few years back, shot on an iPad for about 5 bucks (Okay, maybe it cost a bit more, but you get the idea). But for every little gem, there’s a pile of manure. Regardless of the end result, someone poured their heart and soul (and possibly life savings) into the production, so it’s not up to me to tear it down. As a rule, if I didn’t like it, I’d rather remain silent.


7.      I’m not a film historian. Depending on the film review, I try to do some research, injecting little tidbits and factoids when I can. Working in higher education has afforded me access to some impressive databases and libraries, but I’m not writing the liner notes for a Criterion release or a dissertation for a PhD in Film Studies. There are people who already do that sort of thing, and do it well, so I see no reason to muscle in on their territory


8.      I didn’t go to film school. Unless something is egregiously wrong on a technical level, I probably won’t comment on the lighting, editing, direction, camerawork, etc… This isn’t how I judge a movie. The bottom line has always been: did it entertain me? A movie doesn’t have to be perfect to earn my seal of approval, but a surefire way of earning my ire is if it bored me.


9.      I’ve learned not to expect friends, family or co-workers to share the same level of enthusiasm that I have for my blog. It’s terrific when someone in the non-web world acknowledges my efforts, but those interactions are few and far between. More often, it’s something like, “Oh, you have a blog? I have to check it out,” and that’s usually the last thing I hear. Thankfully, I’ve met quite a few fellow bloggers and Twitter friends who are just as crazy (if not more so) than I am about movies, and their support has been more than enough to keep me going.


10.  This is my hobby. I don’t get paid to do this, and don’t write to sponsor any products or companies. My blog is my refuge from the rest of the world, and I write about the kind of movies that make me happy. The best advice I can give to anyone else who wants to do this sort of thing is, write for yourself and you’ll find an audience, even if it’s only a handful of like-minded folks.
Posted by Barry P. at 7:11 PM