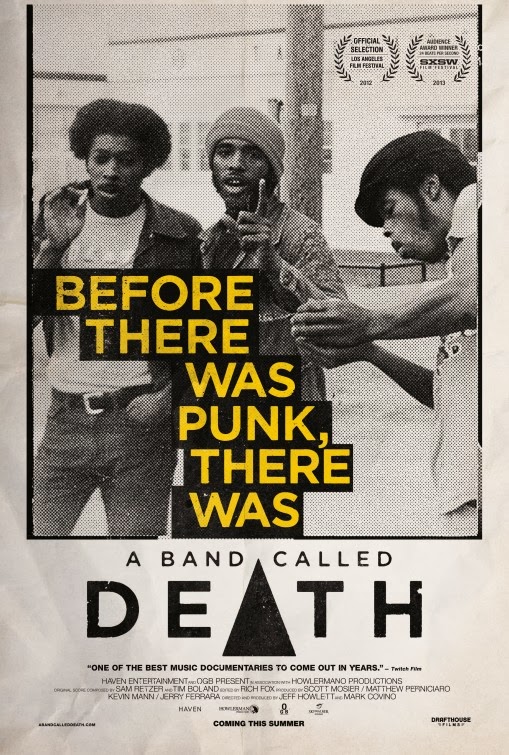 A Band Called Death (2012) This fascinating documentary by Mark Covino and Jeff Howlett chronicles the story of Death, an African American proto-punk band from 1970s Detroit.  Told primarily through the recollections of the two surviving brothers Dannis and Bobby Hackney, we learn about the band’s short-lived rise and fall.  More than just a profile of a band that was ahead its time, it’s a tale of family solidarity and Dannis and Bobby’s unwavering devotion to their brother (and leader) David’s unique vision.  The greatest tragedy is that their groundbreaking album didn’t see a release until 35 years later, long after David had passed away.  Hearing snippets of Death’s raw, energetic music made me wonder how many more untold stories existed about tapes in someone’s attic, just waiting to be discovered.  A Band Called Death is highly recommended for punk fans, or anyone who loves stories about bands struggling to be heard. 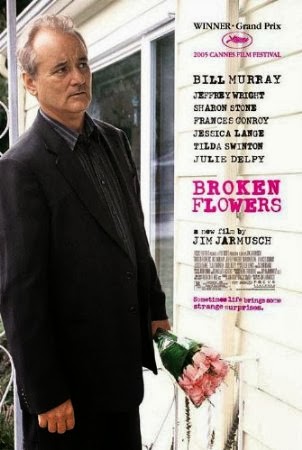 Broken Flowers (2005) Bill Murray stars as Don Johnston, a middle-aged bachelor stuck in a malaise.  After receiving an anonymous letter from an ex-girlfriend stating he has a 19-year-old son, he sets out on a reluctant quest to revisit his past.  Armed only with a list of possible candidates, he hits the road in a rented car (“I’m a stalker in a Taurus.”) to find the identity of the letter writer.  Don re-visits four ex-girlfriends, played by Sharon Stone, Frances Conroy, Jessica Lange and Tilda Swinton, re-kindling old passions, anxieties and animosities.  Writer/director Jim Jarmusch’s film is more bitter than sweet, leaving the audience with a queasy, unsettled feeling as we share Don’s discomfort.  Jarmusch avoids any pat resolutions to Don’s quest, proving it’s better to leave some things where they belong, in the past. 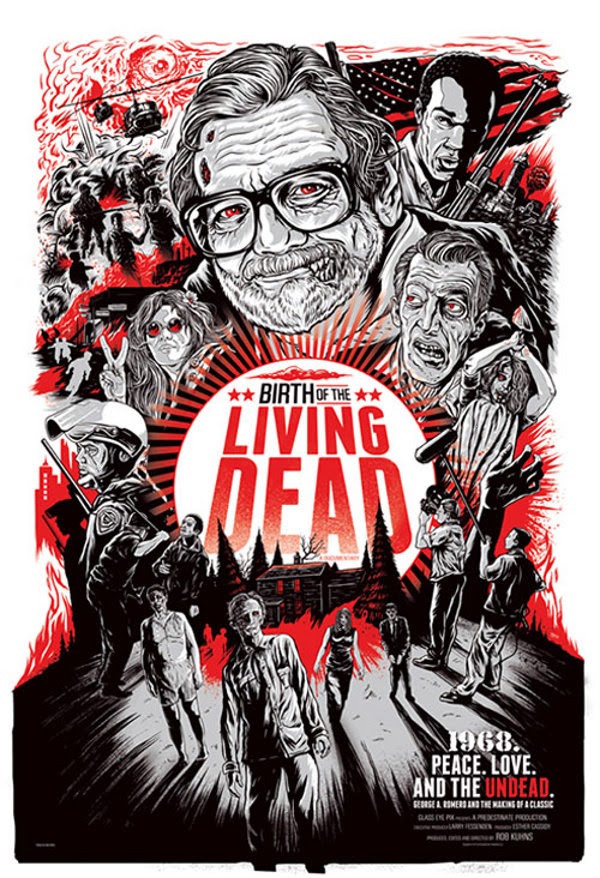 Birth of the Living Dead (2013) George Romero and other cinematic luminaries (including producer Gale Anne Hurd and critic Elvis Mitchell) discuss the creation of his seminal low budget zombie film, Night of the Living Dead.  Director Rob Kuhns links the socio-political climate of the late 60s with scenes in the movie, and the impact on the American movie-going public.  Using a combination of archival footage, film clips and news stills, Kuhns pieces together the events and creative forces that influenced the production.  There are some insightful tidbits, but I wish there had been a few more first-hand accounts from surviving members of the cast and crew.  It’s a fun, albeit slight, glimpse into the chaos behind the scenes, leaving one wanting more. 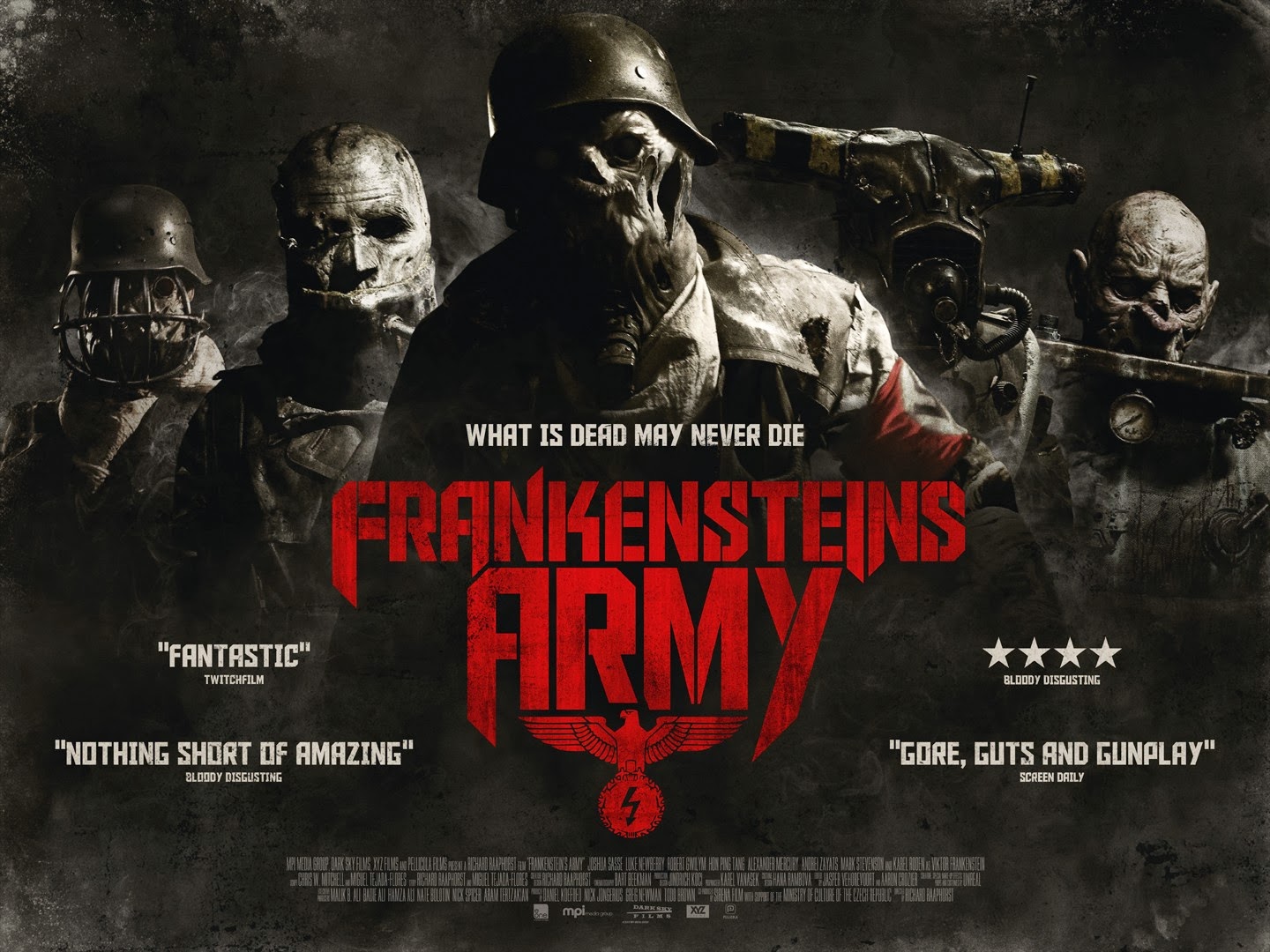 Frankenstein’s Army (2013) Anyone who’s ever walked through a Halloween horror maze knows what they’re getting into with director/co-writer Richard Raaphorst’s World War II found footage movie.  Set during the waning months of the war, we follow the exploits of a group of Russian troops as they encounter a secret Nazi installation tucked away in the German countryside.  Instead of facing enemy soldiers, they must contend with the terrifying creations of a mad scientist.  The innovative and ghastly creature effects are one of the film’s strengths and weaknesses.  While I was fascinated by the boundless creativity of the effects team, the story takes a backseat to showcasing the monsters. I also question if it was the best choice to make this a found footage movie, instead of straightforward horror flick.  The sets and costumes look authentic, but Frankenstein’s Army loses some of its veracity because the filmmakers chose not to display it in black and white (despite the fact that color film would have been exceedingly scarce), and the aspect ratio is widescreen, rather than 1:33 to 1.  Nitpicks aside, it’s still good for a few well-earned chills.