The Hands of Orlac (aka: Orlac's Hände) 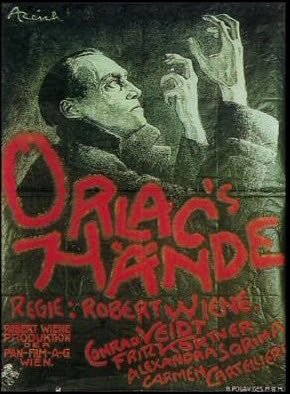 “I feel like it comes from you, along the arms, until it reaches the soul. Cold, terrible, relentless…” – Paul Orlac (Conrad Veidt) 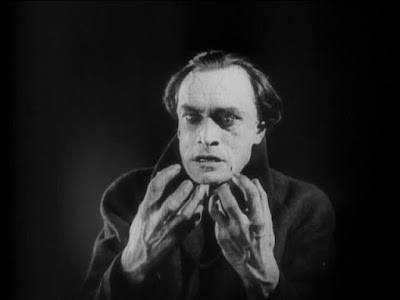 Thanks to Crystal from In the Good Old Day of Classic Hollywood for inviting me to participate in the Silent Cinema Blogathon. Since this is also Horror Month, I chose an appropriately macabre-themed story, The Hands of Orlac. 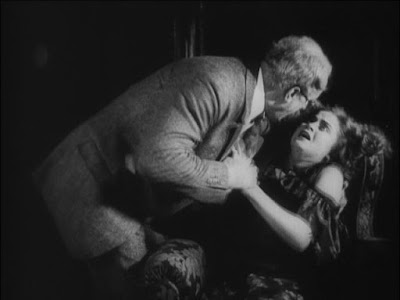 Accepting the core premise of The Hands of Orlac requires taking a step out of the contemporary mind-set. Although it’s now an approved medical practice, the concept of limb transplantation probably seemed far-fetched, and a bit off-putting, to 1920s audiences.* If viewers were willing to go along for the ride with such a fanciful notion, it’s not too hard to imagine donor hands retaining the properties of their former owner. 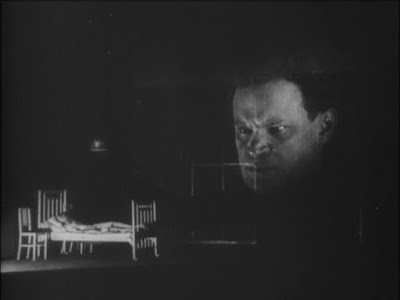 Director Robert Wiene, who previously directed star Conrad Veidt in the landmark film The Cabinet of Dr. Caligari, takes the viewer on another mesmerizing trip. While it would be easy to mistake this for another German film, Wiene shot The Hands of Orlac in Austria. It shares some of the stylistic touches of its German contemporaries, but it belongs in a category of its own. Expressionistic flourishes punctuate rather than dominate the scenes. One of the most memorable visuals involves the smoldering wreckage from a fiery train crash, resembling a hellish village of twisted metal. In another scene, the main hall of Orlac’s father’s house (cared for by a cadaverous butler) appears like a catacomb. 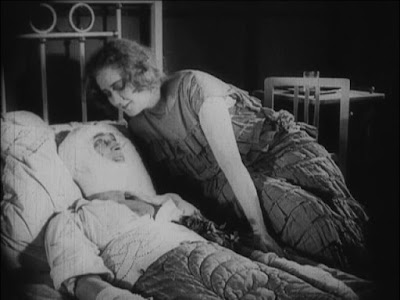 Veidt anchors the film as brooding concert pianist Paul Orlac. After he loses his hands in a train accident, his anguished wife, Yvonne (Alexandra Sorina), pleads with skilled surgeon, Dr. Serral (Hans Homma), to save his hands (“His hands are his life.”). Serral replaces Orlac’s hands with those of executed murderer, Vasseur. As Orlac learns about the unwitting donor, the hands appear to take on a life of their own.  In another (perhaps too literal) scene, the specter of Vasseur hangs over him like a storm cloud. Repulsed by his new hands, and strange impulses, he shuns physical contact with his wife (“These hands will never be allowed to touch another person!”). The amputation of Orlac’s hands signifies his castration anxiety, manifested in his (implied) absence of libido and chaste marital relationship. The decidedly absurd premise becomes plausible, thanks to Veidt’s commitment to the role. I wish I could extend the same praise for Veidt’s co-star Sorina, but her histrionics are hard to take. She chews up the scenery with her overacting, when a subtle approach would have been much more effective. 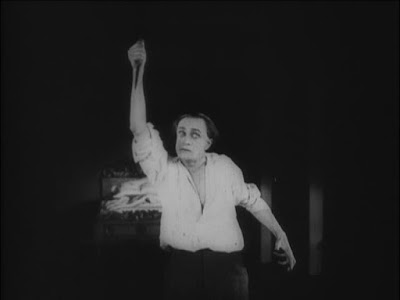 The Hands of Orlac incorporates horrific elements, but the film is better classified as a psychological thriller with some science fiction elements (hand transplant) thrown in. As Orlac’s sanity disintegrates, we’re left to speculate if he’s truly capable of carrying on Vasseur’s murderous legacy. (Spoiler alert!) Thrown into the mix is shadowy figure Nera (Fritz Kortner), who manipulates the other characters like a master puppeteer, and pretends to be the resurrected Vasseur. The climax devolves from a psycho-sexual, supernatural thriller into a whodunit mystery with a prosaic blackmail plot. 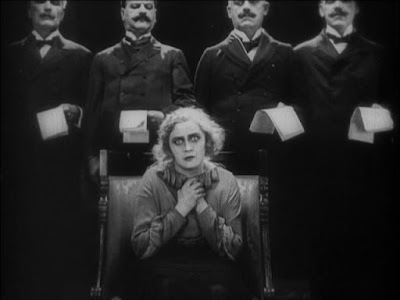 Aside from some less than extraordinary plot twists, the film suffers from a languid pace, and sacrifices character development in favor of mood and atmosphere. Because so much of the film takes place in Orlac’s tormented mind, it’s an inevitable byproduct that there’s a notable lack of energy to many of the scenes. Over the years, however, The Hands of Orlac has proven to be an enduring template for other interpretations of Maurice Renard’s original novel. The most notable example was the devilishly fun Mad Love, a rare remake that surpasses the original. In the 1935 remake, Dr. Gogol (Peter Lorre) is the focal character (combining the characters of Dr. Serral and Nera), with Colin Clive as pianist Stephen Orlac and Frances Drake as his wife Yvonne. The idea of a body part rebelling against its owner was used to comic effect in Sam Raimi’s amazing splatter comedy Evil Dead 2, and Orlac’s basic premise was recycled for the not-so-stellar 1991 thriller Body Parts, starring Jeff Fahey. While it might not be the definitive film version, The Hands of Orlac, one can’t deny its influence. It’s worth seeking out for its powerful imagery and Veidt’s galvanizing performance.
Posted by Barry P. at 10:06 PM