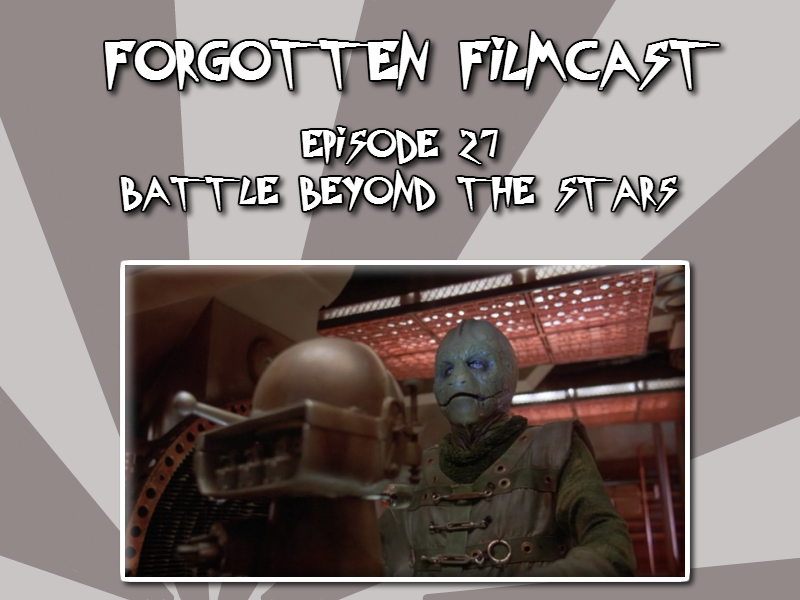 It’s been a day since I’ve returned from my family road trip, but after traveling 3,600 miles through 12 states and one Canadian province, it’s been a little hard getting back in the swing of things, with my blog and Twitter ventures.  I’m also a bit late announcing my podcast debut, as a guest on Episode 27 of  Todd Liebenow’s Forgotten Filmcast, where we discussed the Roger Corman-produced Battle Beyond the Stars, as well as a couple of overlooked gems from Mr. Corman.  Many thanks to Todd for extending the invite, and putting up with my newbieness (is that a word?).  Be sure to check out his previous podcasts, as well as news and views about various movies lost to the annals of yesteryear on his site, Forgotten Films.